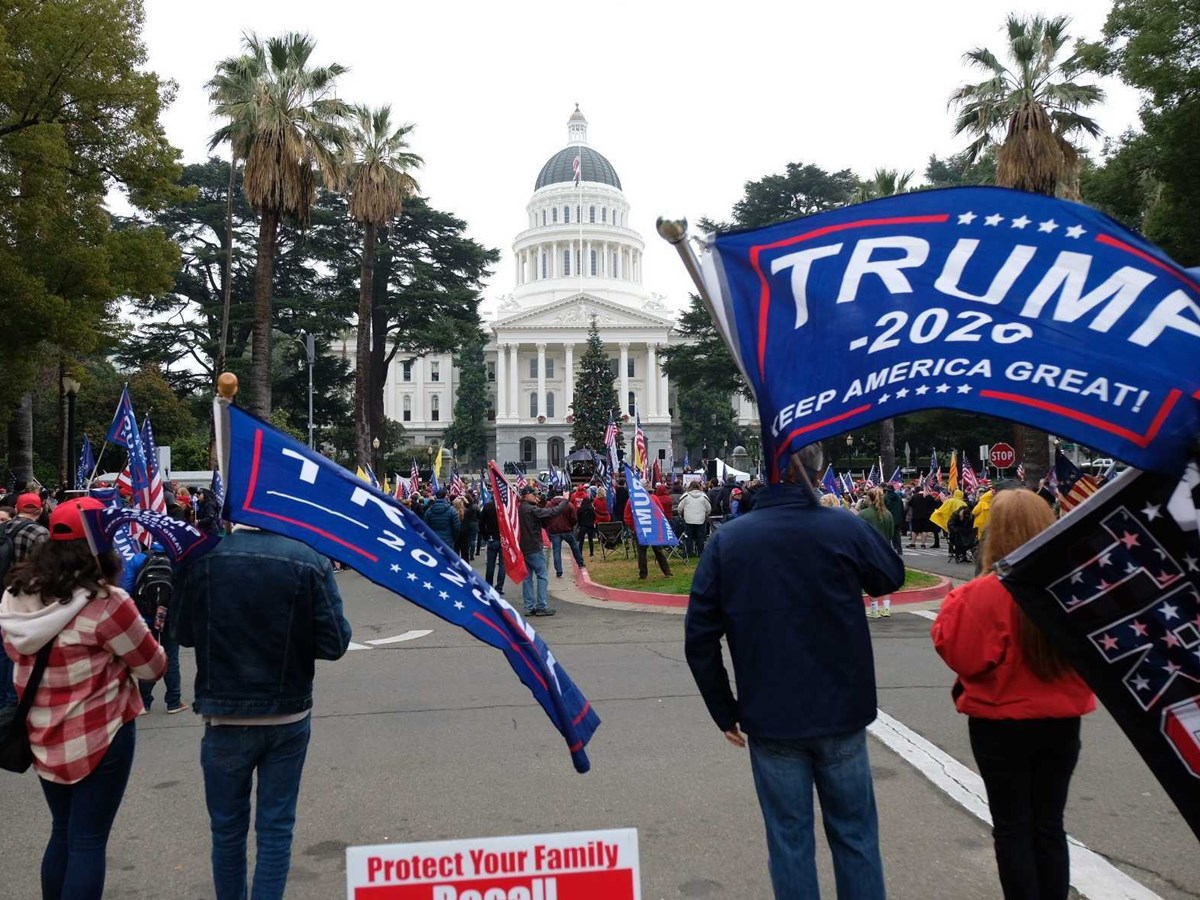 A large crowd of President Trump supporters converged on California’s Capitol building on Wednesday, chanting “stop the steal” and waving banners in protest of Congress’ scheduled certification of the Electoral College count. The group was met by a multi-agency law enforcement presence and a smaller group of counter-protesters.

But while violent supporters of the president stormed the U.S. Capitol in Washington, D.C., individuals in California’s capital did not breach the statehouse or engage in widespread violence.