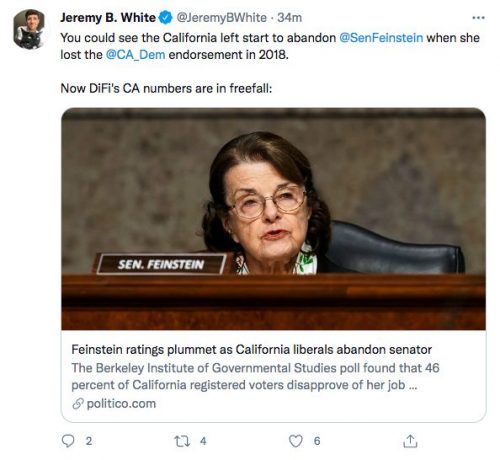 Sen. Dianne Feinstein’s standing among California voters has plummeted this year after liberals in the state have soured on Feinstein’s centrist approach, according to a new poll.

The Berkeley Institute of Governmental Studies poll found that 46 percent of California registered voters disapprove of her job performance and only 35 percent approve — essentially the reverse of her ratings in December 2017. It is Feinstein’s highest disapproval rating since she took office in 1992.