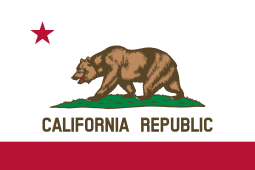 California has emerged as the epicenter of the already-intense battle for the House in 2018, as both parties rush resources and manpower to a state that could determine the chamber’s balance of power.

With 18 months still to go until the election, Democrats and Republicans are mapping out TV advertising plans across the state, setting up headquarters, digging into polling, and hiring operatives. The showdown has swiftly drawn in Hollywood players, major donors and grass-roots activists.

California is home to seven vulnerable Republican incumbents in districts where Hillary Clinton beat Donald Trump — more than a quarter of the seats Democrats need to flip. And there are early indications that the landscape taking shape will benefit Democrats: a turbocharged liberal movement galvanized by the House GOP-led Obamacare rollback, shifting demographics that have moderated California’s last remaining conservative bastions, and rising discontent with the president.

The Democratic focus on California is in part driven by the fact that seven of the state’s Republicans reside in districts that Clinton won, and all of them took a major risk in voting for a GOP health care bill that lacks broad public support. A number of Democratic strategists took note when [Representative Darrell] Issa and [Representative Mimi] Walters were spotted near the front of the GOP celebration at the White House Rose Garden after the bill’s passage last week, and have saved footage of them with Trump for future ads.

The push is also motivated by what Democrats see as a changing political landscape in the state. Many of the targeted districts are becoming younger, more diverse — and less conservative.

While Republicans have long been able to count on areas like Orange County, that region — filled with wealthier, highly educated voters who have been hostile Trump — may be less friendly in 2018.

It’s the natural evolution of where the Democrats go to pick up seats,” said Ben Tulchin, a San Francisco-based Democratic pollster who worked for Bernie Sanders in 2016. “If you look at the middle of the country at the rural, exurban working-class districts where we didn’t do very well, there’s only so many Democrats you can squeeze out of those districts. But go to California and there’s a higher number of younger voters, Latino voters. And you can go in, register and engage.”